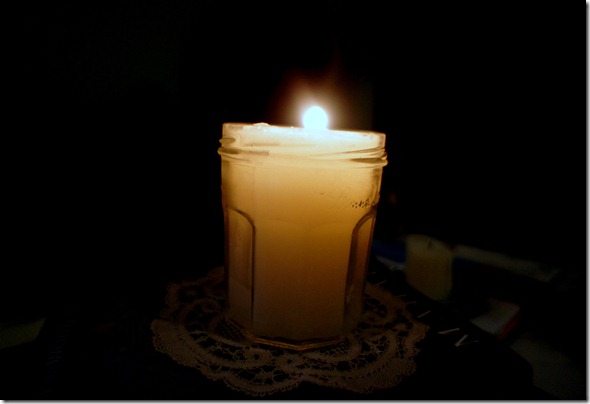 While in Europe, I bought a jam jar to eat with our baguettes. We used it a ton in Paris, but after that, baguettes just weren’t as common.  I smuggled our half eaten jam back to the U.S. and then promptly forgot about it. I have to admit, I tend to forget about things quiet often, I also forgot about a candle I bought and left it in the garage. The lovely Florida summer heat kind of mushed the candle so I couldn’t light it the way it was, who want’s a parallelogram candle. 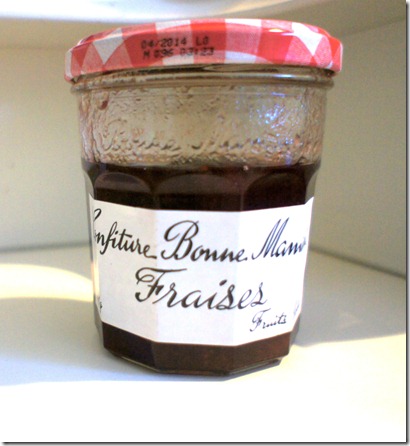 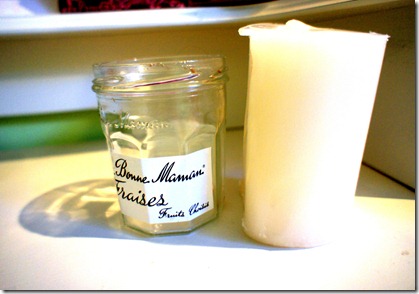 So what to do when you have a dilapidated candle and a cute jar? Remelt the candle into the jar! To preserve the memory (ha, get the jam of it?).  It was actually quite easy, and didn’t take that much time. I watched a youtube video about doing it, but it involved fancy tools and my hairdryer took forever to melt the littlest bit of wax. So I came up with my own method! 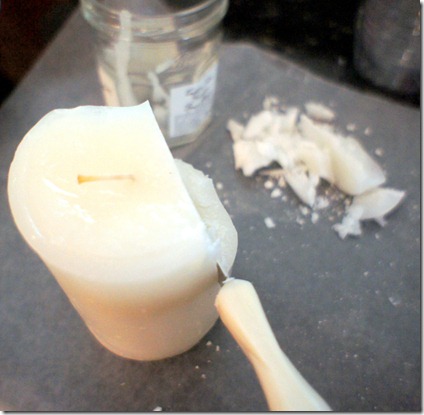 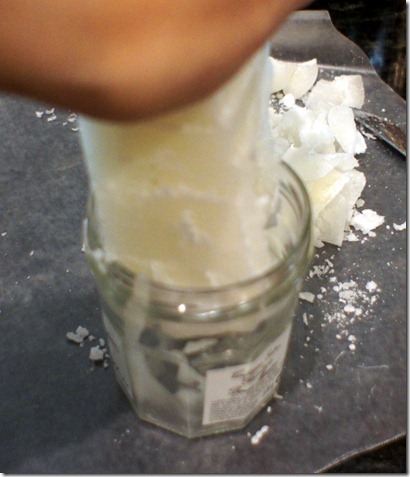 My candle was wider than the mouth of the jar, so I used a knife to cut off parts of wax. (The height was taller, but I just decided to let that melt down) After cutting off two sides (and saving the wax), I smashed the candle into the jar ( I tried to keep the wick in the middle, much easier than having to melt it and having to repour). 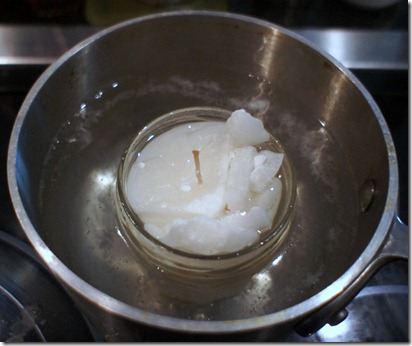 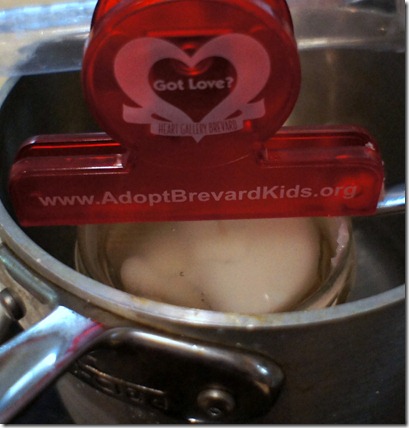 Then I placed the jar in a pot of water and turned the heat to medium. I melt the wax down while keeping the wick up by using a clip. I dropped in the chopped off wax to completely fill the jar.  Once completely filled, I removed it from heat and let it cool. TA-DA. 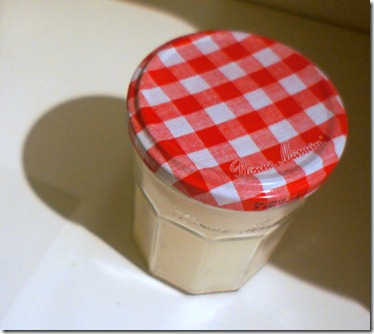 P.S.  Plus its now able to travel! I have my own travel candle!

Email ThisBlogThis!Share to TwitterShare to FacebookShare to Pinterest
Labels: candles